Async and Await are not supporting in freshdesk app 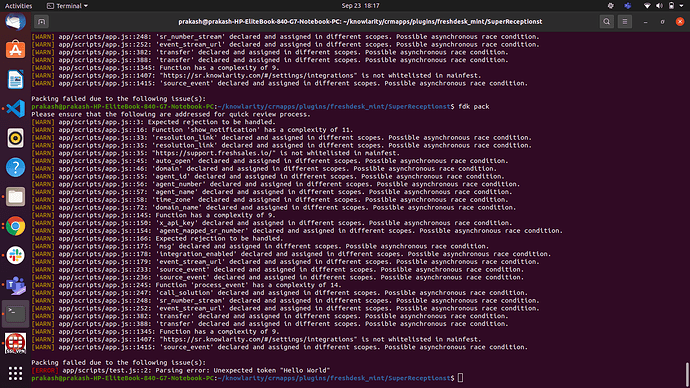 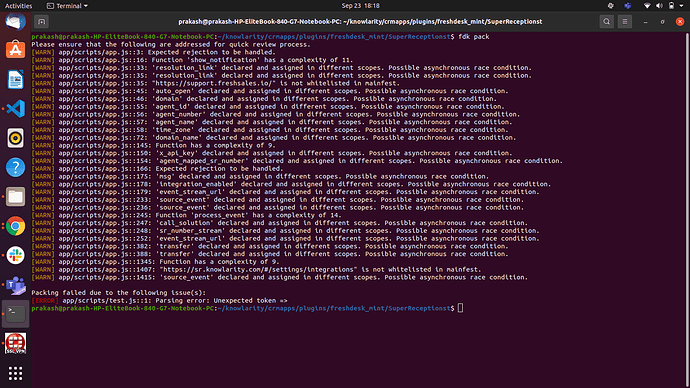 Thanks for reporting this @Konanki_Prakash.

We have identified the issue and are working on releasing a fix soon. I’ll update you once a fix has been released. Thanks again for reporting this issue.

@Konanki_Prakash We have released a fix with fdk v7.0.1. You can update using:

Once updated, fdk pack should not throw errors for async functions and arrow operators.

We have also updated FDK v7.0 release announcement to reflect this change.

Hi @kaustavdm ,
Thanks for the response.
after updating the fdk version i’m not getting any error but it was showing some warnings and not able to pack the app.

i’m trying to integrate sip library in my app. if it is required i can share my code with you.