Use-case,
In Sales accounts, if the value in a specific field is marked as On hold then a pop-up with a message should appear.
Previously this pop-up appeared as soon the Sales Account was loaded. But now it appears only when the App tab (Bookings in screenshot) is clicked.

Following is a screenshot for reference, 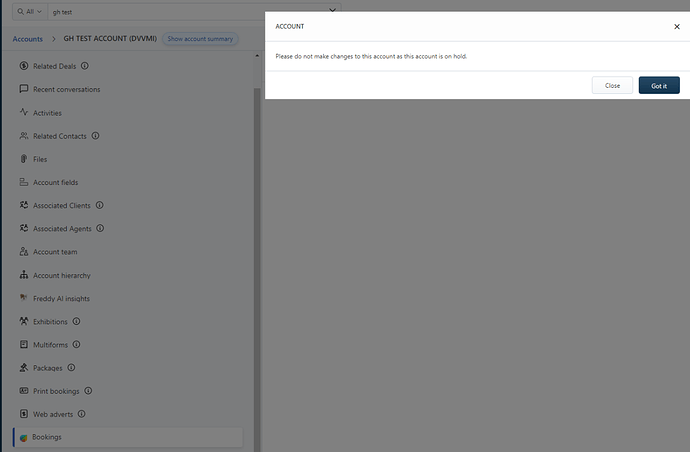 Can you help in understand how to initiate the Application so that it loads as soon a Sales account record is opened without the necessity to click on the App tab.

I am not sure if this would work 100% but have you tried putting your logic in app.initialized() method.

"From a code perspective, this is how we tested :

Ideally, the behavior we are expecting is the console.log statement being printed when the Account Detail page is loaded, even if the Bookings app is not clicked on the sidebar."

I had this checked with the Freshsales product team and they have confirmed that at the moment we won’t be able to initialize the custom app through any changes in the custom app’s code. The only method to have the custom app load whenever a record is accessed is by having the custom app as the first section in the list of sections in the record’s landing page.

Following is a sample example where Freshdesk app is the first section under contact details and so whenever a contact is opened this will load automatically, 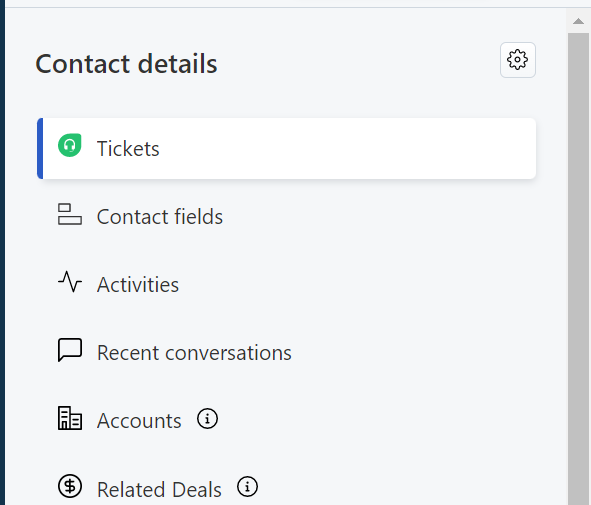